The past year has been a struggle. Rising costs in rent, food and gas have made it especially hard for those struggling to put food on the table. We are thankful for your continued giving during a difficult year. Your faithfulness has provided nourishing meals, warm beds, safe shelter and so much more to every resident of the Mission.

Sharing the news of Christ’s birth means so much every day, especially around the Christmas season. Families and friends gather for fellowship and rejoicing. It is a joyous, happy time!

It is also a lot of people to feed! Any donations you can give will help. God uses you to turn lonely and hurting people to Jesus where they receive peace and everlasting life.

By the time Kim graduated from high school, she was already the mother of a four-year-old son — but she went on to complete a year of college. “I beat the odds,” she says proudly. Sadly, Kim’s luck turned against her in the following years, leading to what she calls “a long road of misadventures.”

Kim turned to drugs somewhere along that road. She also had another son. She took a detour and got sober for several months, but after the sudden death of a dear friend, her life spiraled out of control. “I lost everything,” Kim recalls.

Homeless for a while, Kim eventually found an apartment near her younger son’s father. “I let my guard down with him and picked up an even heavier drug habit — meth and heroin.I realized I had fallen down a deep hole and I couldn’t get out.” When she overdosed, Kim lost her son to foster care.

“I struggled to do whatever I could to get him back,” Kim says. Staying with her aunt, Kim got sober and regained custody of her son — but she just couldn’t see a way forward. “I wasn’t going anywhere. How could I ensure some kind of security for my son? Living on my aunt’s couch was not a good five-year plan.”

God had a plan for Kim and her son: Hope Gospel Mission.

“I needed change and I needed help. I was willing to give up everything to find some peace and joy. When I came to Hope Gospel Mission, it felt right. It’s a wonderful place.”

Here, Kim found the stability she and her son needed. “We’re safe. We have friends here.” She tells us her son loves the childcare at the Mission. “I’ve never seen him happier. He feels so welcome and comfortable.”

By this time next year, Kim hopes to be one of the first moms to complete the program. “I have a huge sense of hope that things can and will get better,” she says. 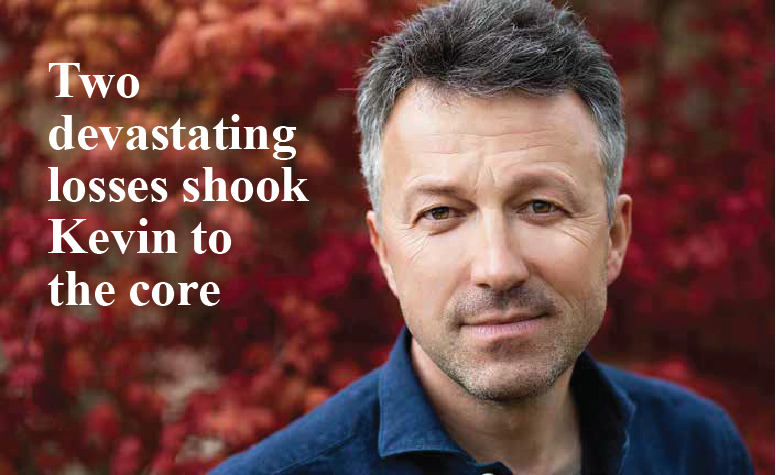 Kevin lovingly cared for his mother and grandmother up to the time they moved to an assisted living facility. He stayed in the house and everything was going pretty well until the pandemic shut everything down in March 2020.

That was a dreary time for him all alone and isolated with no work to do. And that’s when he made a big turn to alcohol, mostly just to pass the time.

He says “I’d been drinking since I was 16, but now it got excessive.” In fact, it was so excessive his family intervened and took him to a hospital for detox. When he was admitted, Kevin’s blood alcohol count was at a near-fatal level. He woke up from a medically induced coma confused and needing speech therapy. Forty-six days after being admitted, Kevin left the hospital, but his recovery was just beginning.

“My aunt wouldn’t let me go back to the house by myself,” Kevin tells us. “My family found Hope Gospel Mission, and I entered the long-term program in January 2021.”

When he arrived at Hope Gospel, Kevin’s grandmother had just died. Only a month into the program, he suffered another devastating loss when his mother passed away. “I was numb, in a deep depression,” he recalls. “Trying to deal with my addiction after losing the two most important people in my life was very difficult.”

But with the encouragement of staff and other family members, Kevin began to heal. “I felt like I was in the right place, doing the right thing. I knew God was with me every step of the way. That gave me peace when everything felt chaotic. It gave me the strength to be sober for the rest of my life.”

Today, Kevin has been sober for two years. He is a proud program graduate with a good job, a nice place to live and a church home for spiritual support. In his younger years Kevin spent many years traveling across the U.S. and Europe, but now he is content to stay close to home and put down some roots now. “I just want a regular, stable life with no drama,” he says. 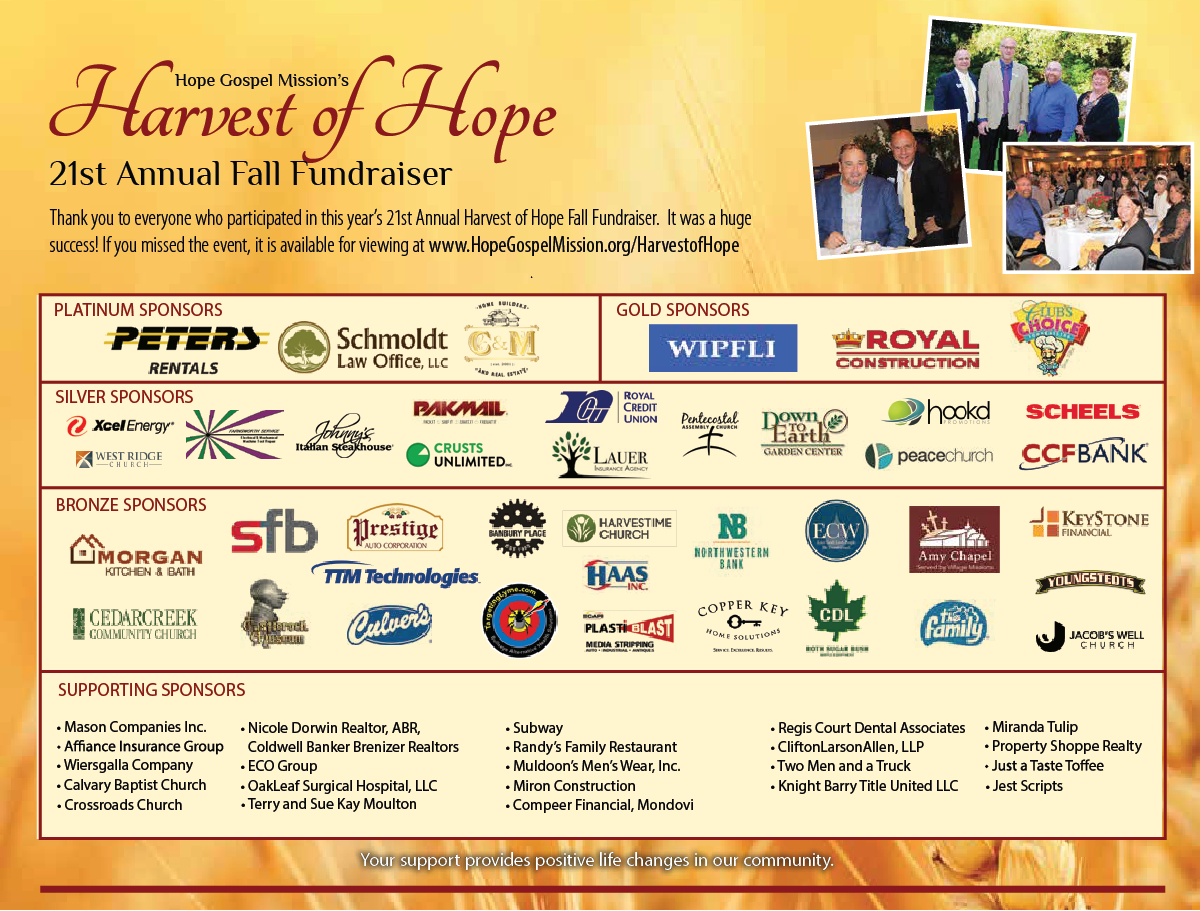 Gifts Given in Memory

(Persons being honored are listed first)